Women Who Dared: 52 Stories of Fearless Daredevils, Adventurers, and Rebels, written by Linda Skeers and illustrated by Livi Gosling. Sourcebooks, Raincoast. 2017. $23.99 ages 10 and up 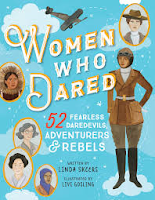 "Ida Lewis's father was the Lime Rock lighthouse keeper in Rhode Island. The only way to get to the lighthouse was by boat. Ida loved the water and wanted to tag along. That meant she had to learn to row - and she did. Ida soon became as comfortable in a rowboat as she was on land! When she was fifteen, the family moved into the newly built lighthouse on Lime Rock."

It wasn't long until her father's illness put Ida in charge of the lighthouse. Dropping out of school, she did what she had to do to keep the lighthouse running. She also rowed her younger siblings to school and back every day. Her first sea rescue happened when she was only 16. In the 54 years she spent in the lighthouse, she was credited with saving eighteen people! No one really kept track. The lighthouse at Lime Rock has been renamed to Ida Lewis Rock in honor of her many accomplishments.

The people of Rhode Island may know this story, but I am betting that there are many who do not. That is what I appreciate about reading books that teach me something new, and offer stories that are not familiar to many. I am guessing most of the 52 women included here are not well-known to readers, including adults. I recognized nine names.

Divided into three sections - daredevils, adventurers, and rebels, and dating back to as early as 1740, each short biography is presented on a double page spread that includes a colorful illustration facing a page of text providing the pertinent details for so many lives well-lived. Most lived in the 19th and 20th centuries, while a few are still with us today. Each is given a descriptor prior to the short biography. Ida Lewis's is Lighthouse Keeper and Life Saver.

These women were ahead of their time, working at endeavors few other women had thought to tackle and doing amazing things. Each is fascinating in her own right and will provide inspiration for those who read their stories. Those stories are compelling and will encourage young women to try their hand at unexpected ventures. Be like Keiko Fukuda who chose martial arts over flower arranging and tea ceremonies, or Bessie Stringfield who flipped a coin to determine where she would next visit on her motorcycle, performing stunts at carnivals and fairs to further her travels, or Emma "Grandma" Gatewood who hiked the Appalachian Trail for the first time at 67 - and then did it again 2 years later! They are terrific role models and worth knowing.

One new worthy women for every week in an entire year - there's a goal to have. Wouldn't it be something to learn all you could about each one? An extensive bibliography is included, as well as an index of the names of each of the women presented here. 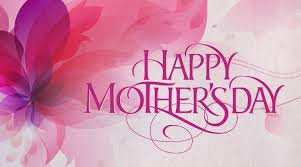