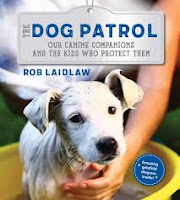 "In 2018, after watching the feature documentary Sled Dogs, eleven-year-old Cameron decided to do her speech on the subject. She did a lot of research about commercial sled dog operations for tourists that chain their dogs for a long time. She even held a two-hour meeting with Sled Dogs director Fern Levitt."

Cameron Bitove is one of the many children who advocate for dogs. After learning all she could about sled dog operations and speaking out, 'she was invited to speak at the K-9 Unchain Canada "Break the Chains" rally ... "

Rob Laidlaw is a champion for all animals. Those who have read his informative earlier titles will be as inspired by this book as they have with the others. Many, many families are already proud owners of a canine pet. If you want the kids to take responsibility for that puppy they so wanted, this book will provide a clear guide for dog ownership.

"Keeper became a friend to the other dogs in my house -
Emmy, Mia, Bruiser, and Sam - and a foster mom to a litter
of kittens. She lived to the ripe, old age of eighteen and a half years."

Finding Keeper tied to a bulldozer with little water or food, Rob learned that the kind man who had rescued her had no idea concerning her care. Thus, the reason for writing this book. He wants everyone with a dog to know the best ways to enrich their lives and make them happy and healthy.

There are five sections: The Long History of Dogs and Humans, Amazing Canines, So You Want a Dog?, Getting Along With Your Dog, and A Dog's Life At Home. Each is concerned with learning as much as is possible to help humans live with, understand, and provide the best care for those dogs that share their lives.

The writing is conversational, stated clearly and appealing from start to finish. The photos and design invite careful attention to content. The profiles he shares in the Dog Patrol sections are inspiring and informative, always with the focus being on the best possible ways to ensure a happy, productive life for the dogs in our care.

"In her 11 years, Willow has initiated many fundraisers to benefit animal charities, including sewing and selling dog and cat toys, running 5Ks, and swimming a one-mile lake. By 2019 she had raised nearly $15,000. Willow also teaches children how they can foster dogs and puppies at shelters ... "

"At only six years old, Toronto, Canada, resident Molly Matlow is a powerful advocate for dogs and all other animals. Following in the footsteps of her mother, who works for a prominent protection organization, Molly misses no opportunity to let people know that dogs and other animals have feeling and needs, and that everyone should be kind, compassionate, and respectful to them. Molly used her birthday to raise funds for a wildlife rescue center ... "

In back matter the author has included a dog lover's pledge, a list of further resources, a thorough glossary and a detailed index. 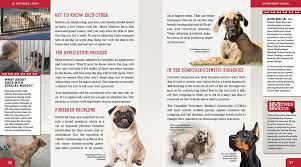